I began working in restaurants and retail when I was a kid. My goal was always to sock away as much money as I could for college and beyond. This usually meant juggling (at least) two jobs, two schedules, and two sets of colleagues who were often looking for shift coverage. Once I got to college, class schedules and exams were thrown into the mix. Still, I wanted those shifts, because more shifts = more money.

Yet finding out about cover requests and available shifts was always hard.

I’m a product manager, so I’ll map out the process here:

The emotional toll is real too.

Rachel spent a few hours frantically wondering if her job was in jeopardy.

The manager was interrupted to figure out if this coverage was workable.

Darcy had no idea if Rachel was expecting her to cover the shift. She was conscientious and showed up to the shift only to be disappointed.
Annie & Sydney were probably a little irritated to be interrupted before their shifts.

And Rosie (okay, me) had to hustle to get ready for the 5 PM shift that she really wanted.

It’s been a few years since I pulled a shift as a server, but this scenario plays out thousands of times a day. Group texting helps, but doesn’t solve the stress & frustration that a disjointed process induces.

That’s why Shift Cover/Trade is my favorite feature – the Homebase app takes the stress and uncertainty out of the process.

I can check my schedule, filter colleagues who are not scheduled, send a request to one or many, and get an answer in minutes. And it all happens with just a few taps on my phone.

Managers can quickly understand if the coverage request is right for the shift.

And Homebase messaging + notifications make sure that everyone can make quick decisions.

By placing schedules, time clocks, messaging and easy workflows in one place, the app makes juggling schedules, finding coverage and trading shifts simple, even if I work more than one job.

I think that if I had Homebase when I was working my way through college, I may have even been able to have three jobs. 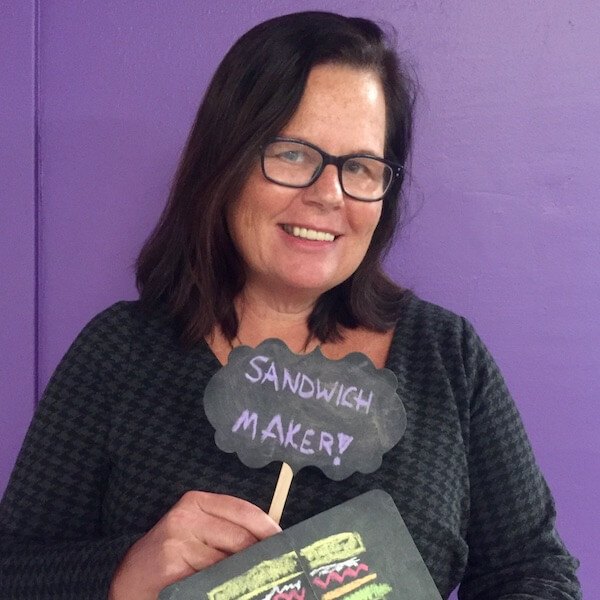 Rosie Atkins Rosie leads the Homebase product team. She has held product leadership roles at OpenTable, Groupon, and Upserve. Rosie’s first hourly job was working at her family’s restaurant, The North Shore, (now American Seasons) where she started as a produce cleaner (at age 6) and eventually worked her way up to line cook and server roles.
< Previous Post Next Post >