Trump DOL FLSA Overtime Change: What You Need to Know

What are the details of the new overtime rule change proposal?


Right now, salaried workers are eligible for overtime if they earn less than $23,660 annually, or $455 per week. That amount was set in 2004 and hasn’t been updated since to keep up with inflation.

This amount is set in the Fair Labor Standards Act, which regulates everything from how long employers need to keep employee time card data to minimum wage and child labor restrictions.
Trump’s Department of Labor is proposing to increase this amount to $35,308 per year, meaning that 1.3 million more salaried employees will now be eligible for overtime when they work more than 40 hours in a week.

How does this proposed change compare to the previously scrapped proposed rule change under the Obama administration?

It’s similar, but covers fewer salaried workers. The Obama Administration had sought to increase the salary threshold to $47,476 per year, meaning millions more salaried workers would’ve been eligible for overtime. Some economists estimate that, under Trump’s plan, 8 million fewer workers will be eligible for overtime.  Conversely, this means the impact on businesses will be much smaller, and fewer businesses will need to make any changes at all.
One other major difference: the Trump Administration is making this salaried threshold increase one time, which can be increased in the future. The Obama Administration sought to tie the salary threshold to inflation and increase automatically.

How would this rule change impact employers if approved? Workers?

It’s worth noting this change only impacts employers and employees where they’re working over forty hours per week. So while 1.3 million workers may now be eligible for overtime pay, they’ll only receive it if they’re actually working overtime.

How should business owners prepare for the new overtime rule?

First, employers should investigate whether or not they’ll be impacted by this change. Do you have salaried employees making less than $35,308 per year? Are they working more than forty hours a week?
If you do have employees that may become eligible for overtime, you have a few choices: you may want to increase their pay to above the threshold, especially if you believe that the overtime costs will exceed the pay raise.
Alternatively, you could consider hiring an additional employee, so that no one needs to work overtime, but it’s a competitive labor market so you’ll need to start hiring sooner rather than later.
Of course, you could do nothing, in which case you’ll need a way to track overtime for salaried employees, like a time clock.
It’s worth noting, however, that the overtime eligibility increase proposed by the Obama administration was initially blocked by a federal judge — not by the current administration. So, for now, the best bet for employers is to just wait and see what happens. Assess your options, but don’t make any changes just yet.
Remember this is not official legal advice. If you have any concerns, it’s best to consult an employment lawyer. 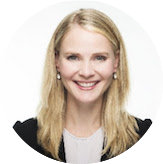 Carol Wood Carol Wood is the People Operations Director at Homebase. At Homebase, Carol focuses on providing thought leadership, tips and tricks, and scalable HR solutions for the over 100,000 businesses that Homebase helps to make managing hourly work easier. Prior to Homebase, Carol focused on helping small and medium businesses navigate the tricky waters of human resources, working with companies across the retail, food service, oil and gas, and healthcare industries through her roles as HR Director at Fuddruckers and Achilles Group, a Houston-based HR consulting firm.
< Previous Post Next Post >